Project Description: Construction of a greenhouse to protect tomatoes and cucumbers during the rainy season. Develop a website and marketing materials for promoting the farm’s produce to customers.

Outcome: A website (www.hofarms.com) and marketing materials (logo, brochure) have been created. The greenhouse has been constructed and the first harvest is being conducted in February 2009. Already the tomatoes that are currently being grown are in better condition, giving double the yield than normal tomato production outside of the greenhouse. During the past rainstorm in December of 2008, Ho Farms was able to save the portion of their crop .(5 acre) that was in the greenhouse while the rest of their crop was destroyed by the rains. Since the first planting in December 2008, approximately $6,900 worth of tomatoes have been harvested and sold.
[/one_half]

Project Description: Installed a trailer and expanded the tropical flower, palms and ginger production. The trailer is being used to train handicapped workers from Easter Seals and Lanakila to work on the farm.

Outcome: Approximately one acre of land was grubbed, cleared and graded. An irrigation system has been installed for the bird of paradise, greenery (ie. ferns) and an additional 495, 25 gallon potted palms have been planted. Approximately 0.25 acres of red ginger have been planted as well. A dramatic increase in cut flower revenues has been generated by JC Farms of Hawaii over the last two years. The project has also allowed JC Farms of Hawaii to expand their potted palm areas to accommodate the large high value 25 gallon potted palms.

Project Description: funding will be used to purchase a greenhouse for hydroponic lettuce production to increase production of lettuce from 300 to 2,000 heads of lettuce/week creating 2 FT jobs. The applicant will be providing over 80% of the project total costs.

Outcome: Greenhouse construction has been completed, production is scheduled to begin the 2nd week of March 2009. 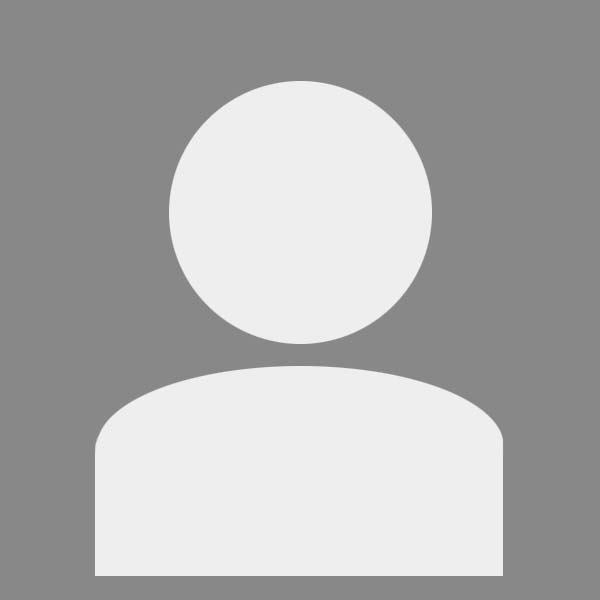 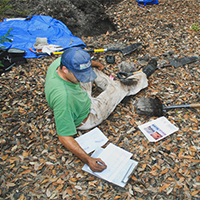 Jason Hanson grew up in Mayville, North Dakota and graduated from North Dakota State University in 2011 with a B.S. in Natural Resources Economics.  Jason began his NRCS career as a Soil Conservationist in the Finley, North Dakota Field Office focusing on wetland and highly erodible land compliance.  In September 2013, Jason and his wife Arielle moved to southwest Utah (Panguitch Field Office) to concentrate on conservation planning.  After nearly two years in Utah, Jason accepted the position of District Conservationist for the Wahpeton, North Dakota Field Office in 2015 and he and his family settled in nearby Fergus Falls, Minnesota.  Then, in July 2020, Jason and his family made the move to Oahu as the new NRCS State Agronomist / Water Quality Specialist.  Jason’s passion is Soil Health, and he has an appreciation for small farms and the techniques they use to produce quality for their local communities. 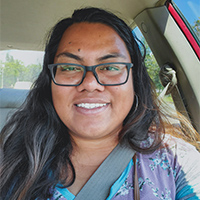 Marie Faatuala is a soil conservationist with NRCS Oahu field office, Pacific Islands Area (PIA). She has worked with NRCS for about 10 years, with 6 years in Hawai'i. Marie earned her bachelor's degree in Agriculture from University of Hawai'i at Hilo. Marie works with farmers, ranchers, land managers, producers, local stakeholders, and anyone who is interested in meeting their conservation goals. 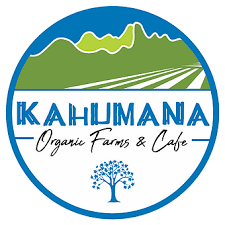 Kahumana is a 25 acre certified organic farm operating in the heart of Lualualei Valley on Oahu's beautiful west side since 1978. Their goal is to grow as much food as possible, in the most sustainable way possible. They are a production-oriented, but at our core we are a regenerative farm utilizing permaculture principles. 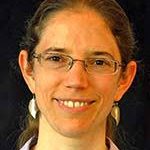 Dr. Bianca Moebius-Clune directs the USDA-NRCS Soil Health Division and works with staff of regional and national specialists who provide training, technical assistance, science and technology acquisition, and leadership to the soil health movement, across the country. The Soil Health Division incentivizes and facilitates producers in implementing science-based, effective, economically viable soil health management systems on the nation’s diverse agricultural lands, in collaboration with partner organizations. Bianca came to the agency from the Department of Crop and Soil Sciences at Cornell University, where she served on the faculty as a Senior Extension Associate and Lecturer with research and extension responsibilities in soil health assessment and management and in weather-based precision nitrogen management. She also taught a class in Sustainable Soil Management. She has authored numerous peer-reviewed and extension publications and provided workshops and training nationally and internationally. Bianca has conducted research on agricultural management impacts on soil health and N dynamics in the Northeast and Midwest, as well as in Kenya, and developed a new framework for Soil Health Management Planning. She holds PhD and Masters degrees from Cornell University and a Bachelor of Science from University of New Hampshire, all in soil science. 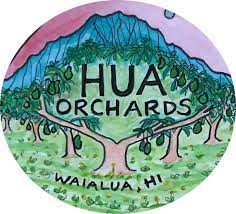 Hua Orchards is managed by Remy Maylott and her partner, Daniel Carroll. They graduated from University of Vermont in 2010 and have been growing avocados together for Barels Avocados since 2013. They practice regenerative agriculture with focus on orchard crops. They currently manage all of our trees without the use of synthetic fertilizers, pesticides, or herbicides and have begun process of becoming certified organic. Their newest orchard in Waialua will consist of over 1000 avocado trees, hundreds of limes as well as a collection of different citrus and tropical fruit. In addition to farming, Remy of Hua Orchards has a passion for Art. This passion combined with her intense love and respect for mother nature is what drives her to create. 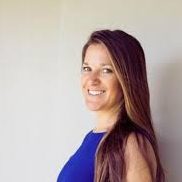 Winsome Williams works as the project director for La Kahea. La Kahea is the education and research facet of Bobby Pahia’s 310-acre mixed-agriculture farm in Waikapu, Maui. The farm produces dozens of kalo varietals, a myriad of crops, pigs mixed-crop taro farm. Formerly used for monocropping that stripped the earth of nutrients and left it dead, the swath of land is undergoing soil remediation efforts to restore health. Winsome manages onsite projects, including a mycoremediation, cover cropping systems, organic amendments (ie. vermiculture, JADAM, biodynamic composting) and other practices to improve soil and fertility. 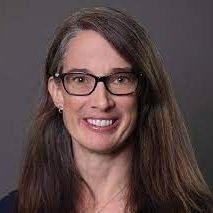 Jennifer most recently directed AFT’s efforts helping states in the US Climate Alliance develop policies and programs to ensure agriculture realizes its potential to combat climate change. She also served as NRCS’s West Region Soil Health Team Leader and co-director/NRCS Liaison for USDA Northwest Climate Hub. Before that, she was an associate professor in the Plant and Soil Science Department at Texas Tech University. Jennifer is an adjunct faculty member for the Department of Crop and Soil Science at Oregon State University. She has co-authored many publications and press articles on soil health management, carbon cycling, and microbial ecology. She was elected the 2017 chair of the Soil Biology and Biochemistry Division for the Soil Science Society of America. Jennifer holds a Bachelor of Arts in biology and environmental studies from Binghamton University, a Master of Science in soil science from Iowa State University, and a Doctorate in soil science from Oregon State University. 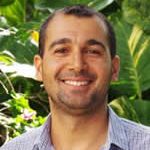 Josh has Bachelor’s and Master’s degrees in natural resources and soil science, respectively, from UH Manoa. Working in Jonathan Deenik’s lab, he was instrumental in helping to develop the online Hawai‘i Soil Atlas. He is very familiar with the diverse soil types throughout Hawai‘i, and the practices to properly manage them for crop production. His most recent position (with the UH-CTAHR Human Nutrition, Food, and Animal Sciences Dept. Children’s Healthy Living Program) was to manage research activities for an agro-ecologically-based project on the Pacific Island of Pohnpei in the Federated States of Micronesia - to improve the health, food security, and livelihood of indigenous and minority groups around the Pacific Region through community participatory research. Josh is well versed in all aspects of farming in the Hawaiian Islands, with a good understanding of both traditional Hawaiian agriculture and the range of contemporary cropping systems found around the islands. 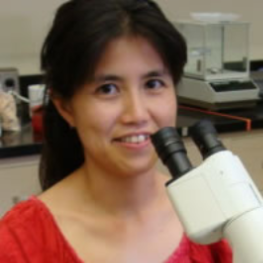 Koon-Hui holds a B.S. from the National Taiwan University, M.S. in Horticulture from the University of Hawaii, and Ph.D. Plant Pathology, University of Hawaii. She specializes in cover cropping, nematology, natural farming, soil health management, sustainable pest management. You can access her publications by visiting: https://cms.ctahr.hawaii.edu/wangkh/Home.aspx 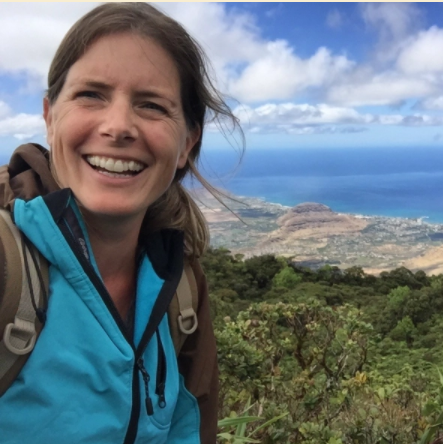 Dr. Susan E. Crow is an Associate Professor of Soil Ecology and Biogeochemistry in the Natural Resources and Environmental Management Department within the College of Tropical Agriculture and Human Resources and an affiliate of the Water Resources Research Center at the University of Hawaii Manoa.  She studies the natural carbon cycle and human impacts on the soil environment and serves on the state Greenhouse Gas Sequestration Task Force (formerly Carbon Farming Task Force) and the North American Carbon Program, Carbon Cycle Science Interagency Working Group: Science Leadership Group member. Susan is an Associate Editor for the journal Biogeochemistry and belongs to the American Geophysical Union, Soil Science Society of America, Soil and Water Conservation Society, and International Soil Carbon Network. 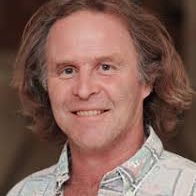 Dr. Jonathan Deenik is a Specialist with CTAHR's Department of Tropical Plant and Soil Sciences. His program focuses on assisting farmers and land managers in Hawaii implement soil management practices that maintain good crop production, and more importantly, enhance soil quality and protect the soil for future generations. He also teaches a course at the university, Fundamentals of Soil Science, and mentors a number of students in his lab. 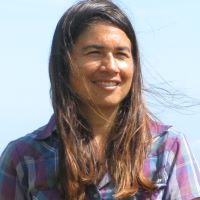 Michelle Galimba is a cattle rancher in Ka’u on Hawaiʻi Island where she runs Kuahiwi Ranch with her brother, Guy Galimba. Their family ranch provides locally grown beef to supermarkets, farmer’s markets, and restaurants on O‘ahu and Hawaiiʻi Island. She grew up on dairy farms in Hawaiʻi and has been involved with her family’s ranch since it started on abandoned sugar-cane acreage in the early 1990’s. Having grown up in agriculture in Hawaiʻi, she has seen first hand the stresses and constraints which make farming and ranching particularly challenging in Hawaiʻi. She is interested in the key role that agriculture in general, and small farms in particular, has to play in addressing the big challenges of our time: economic inequity, political dis-enfranchisement, biodiversity loss, and climate change. Michelle received a Ph.D. in Comparative Literature from UC, Berkeley. You can find some of her agriculture-related writing at Resilience.org. 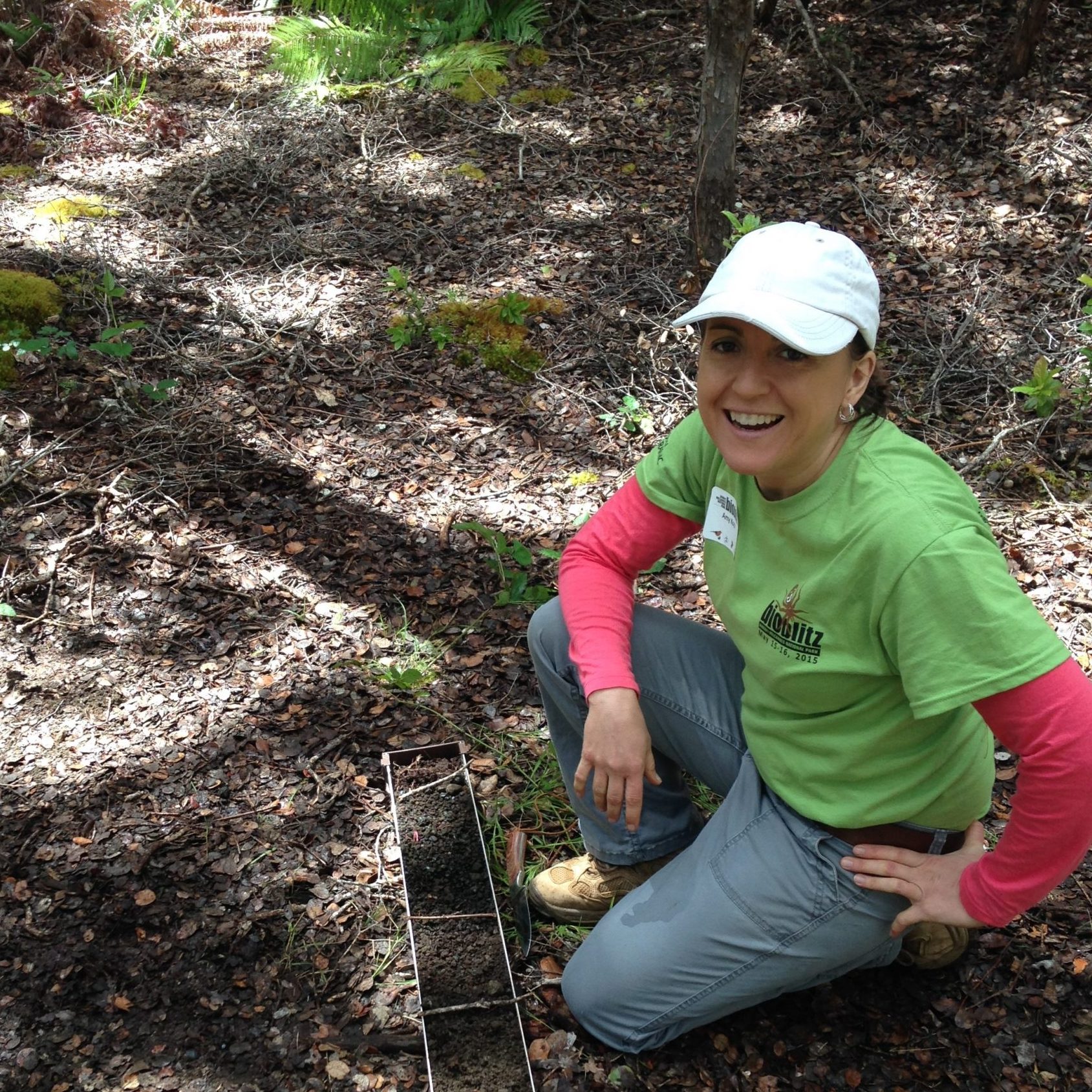 Amy Koch is the Assistant Director for Soil Science with the Natural Resources Conservation Service (NRCS), Pacific Islands Area.  She has worked with NRCS for over 15 years, with 13 years in Hawai`i. Amy earned her bachelor’s degree in Environmental Science from Virginia Tech and master’s degree in Soil Science from Utah State University.  She currently oversees soil science and natural resource assessments for Hawai`i and islands of the Pacific. 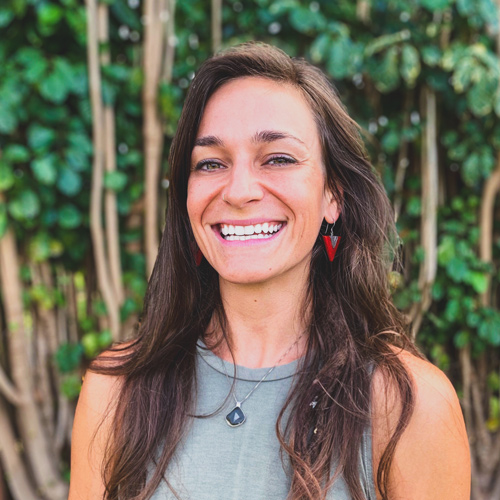 Hannah works with farmers, land managers, and local stakeholders to improve soil and water resources through conservation planning. She also coordinates the Waimānalo Watershed Restoration Project, Co-managing Food Safety and Land Stewardship Project, and Carbon Farming Project. Originally from Wisconsin, she earned her B.S. degree from UW-Madison in Zoology. After time abroad and working in a variety of science disciplines and ecosystems, she arrived in Hawaiʻi and took interest in global and local challenges within food systems. She focused on soil health assessment in Hawaiʻi for her M.S. thesis work at the University of Hawaiʻi at Mānoa in Natural Resource and Environmental Management. Hannah looks forward to carrying out the mission of Oʻahu RC&D and promoting a more sustainable Hawaiʻi.